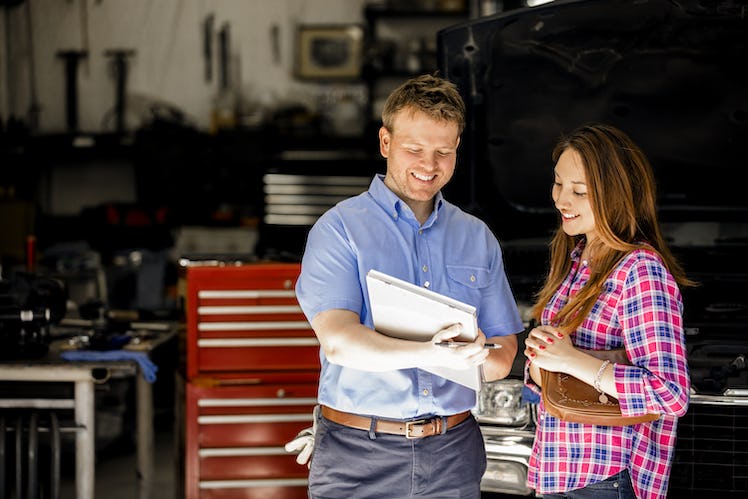 We all know that the value of a new car drops like a rock the moment you drive it off the lot. In fact, most lose upwards of 20% within the first year according to Edmunds. This can equate to straining your wallet in the long run. To avoid major financial loss, it pays to know when it’s time to let your car go so that you can recoup some of the money you spent when you first got into it.

We here at Instamotor are in the business of helping you make the most financially savvy decisions when it comes to selling and buying a new or used car, so we thought we’d put together a primer on the best time to sell your used car (and the best time to buy one).

Many Factors Can Impact The Value Of Your Vehicle

First, realize that the big depreciation hit at the beginning of a new car’s life can mean great cost-savings for someone looking to purchase a gently used car. Of course, over time, the car continues to depreciate but it can be well worth it to sell your car in the first few years of owning it in order to keep much of the money you initially shelled out for it. There are many things that affect the value of a used car that you need to keep in mind. For more on some of the nitty-gritty details, check out our recent blog post here.

There are a few milestones you should keep in mind, too. As we outlined in this story not long ago, cars depreciate based on a number of factors, but one of the main reasons for the value drop is mileage. At 30,000 to 40,000 miles, most bumper-to-bumper warranties start to expire. This is when most cars are returned to the dealer and re-sold or re-leased as Certified Pre-Owned (or CPO) cars. Also, the first major service usually comes at the 30,000 to 40,000 mile mark, and it’s commonly one of the more expensive services. At that point, you need to do more than just an oil change and tire rotation. Usually brakes and tires need to be swapped and upgraded as do all the fluids, and that can cost a pretty penny.

Year Vs. Miles Driven – Which Is More Important?

If you are in the market to buy, the 30,000 to 40,000-mile mark is a decent one to purchase at. Most cars are just into their second or third year of ownership at that point, and they are still great buys. According to Edmunds, the combined depreciation of a car in its second, third, or fourth year is less than the initial depreciation that the car takes in the first year. Check out their graphic illustrating this here. By the time a car hits its fourth or fifth year of ownership, the cost of maintenance tends to skyrocket so if you are selling your used car, try to do so before that benchmark. Even a change of year (from 2016 to 2017) can affect people’s perception of how “old” a used car is—even if it hasn’t acquired any new mileage or wear and tear.

What Time Of Year Is The Best To Sell Your Car?

The other thing to consider if you are going to sell your used car is the time of year. According to U.S. News, the best time to sell is anywhere between March and August. This is when the temperatures across the country start to warm up and people start to think about buying a new car. It’s also the time when people tend to have the most disposable income because it’s just far enough away from the heavy-spending holidays that most people have recovered from their gift-giving sprees. Also, tax rebates come out in April and May, which tends to give people more freedom to spend.

Different kinds of vehicles also maintain their value differently. Pick-up trucks tend to hold value better than, say, a sports car (depending of course on the kind of sports car). SUVs and crossovers are becoming more and more popular, so if you own a used one you are likely to maintain some value when you go to sell it. Sedans and compact cars (unless they are special versions) generally tend to take the biggest depreciation hit.

Ultimately, the biggest factor when going to buy or sell a used car: its condition. Some cars with 60,000 miles have been babied and taken care of. Others with just 12,000 miles on the odometer could be absolute junk mechanically if they’ve been abused. Whenever you go to sell your used car it pays to have it checked out by a certified mechanic first. They can tell you where the problems might be and give you an accurate idea of what kind of work you may need to have done to get the best selling price for your car. Once you’ve taken your car in to get checked out you’ll get paperwork from the mechanic that shows that it’s in good shape. You can show this to potential buyers, which will make your deal that much easier.

For more on all your used and new car buying needs be sure to check back here at the Instamotor blog on the regular. We have you covered!

We Put Seven Services to the Test – Feature – Car and Driver

Selling a car or truck is a question of time versus money: Do you go ...

Selling a classic car in the USA? It would be a foolish mistake to only ...

How to Sell Your Car Online or Locally

Often, when trading in a used car to a dealer for newer one, the car ...

Get the CARFAX History-Based Value to find out what your car is really worth.Step 1Step ...