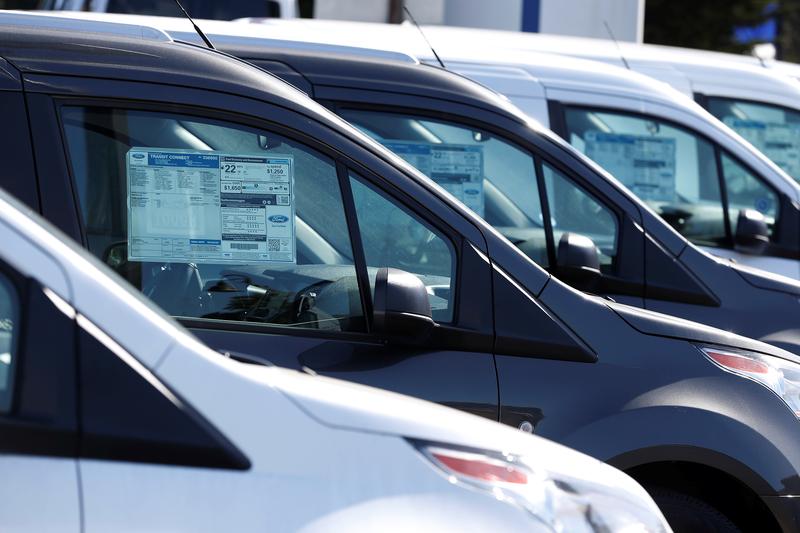 (Reuters) – Major automakers on Tuesday reported weak U.S. sales for March and the first quarter, citing a rough start to the year, but said a robust economy and strong labor market should encourage consumers to buy more vehicles as 2019 rolls on.

Passenger-car sales suffered throughout the January-March quarter compared with the same period in 2018 as Americans continued to abandon them in favor of larger, more comfortable pickup trucks and SUVs, which are far more profitable for automakers.

The two automakers have both launched redesigned pickup trucks. Ford Motor Co has for decades built the single best-selling truck brand in its F-Series trucks, with the Chevy brand a solid No. 2 and Ram a distant third.

In the fourth quarter, the Chevy and Ram brands were tied for second place behind Ford.

GM said versions of its new Silverado pickup trucks that are already on the market rose 20 percent in the first quarter versus sales of the old model in 2018. GM said it is still ramping up production of remaining variants of the truck.

Overall, U.S. new-vehicle sales are expected to decline in 2019 after a long bull run since the end of the Great Recession, led by falling passenger car sales. Competition in the high-margin SUV market is intensifying.

Ford on Tuesday unveiled details of the latest version of its Escape SUV, heavily emphasizing comfort features including a movable rear seat to provide more leg room for passengers, plus consumer-friendly features such as an 8-inch (20.3 cm) touchscreen and Wi-Fi connection for up to 10 devices within 50 feet (15.2m) of the vehicle.

GM and Ford do not report monthly sales.

Ford is due to release its first-quarter sales figures on Thursday. According to industry data, Ford’s sales fell 2 percent in the quarter and 5 percent in March.

Ford representatives did not immediately respond to requests for comment.

FCA reported a 7 percent fall in U.S. sales in March and a 3 percent drop for the first quarter. All of FCA’s brands dropped in March, except for Ram, which saw a 15 percent increase in pickup truck sales.

“The industry had a tough first quarter, but with spring finally starting to show its face and continued strong economic indicators … we are confident that new vehicle sales demand will strengthen going forward,” FCA’s U.S. head of sales, Reid Bigland, said in a statement.

Toyota Motor Corp reported a 3.5 percent fall in U.S. sales in March and 5 percent for the first quarter, hurt by declining demand for its Corolla sedans and Camry vehicles.

“While some of our competitors are abandoning sedans, we remain optimistic about the future of the segment,” Toyota said in a statement.

Nissan Motor Co Ltd posted a 5.3 percent drop in sales in March, and its first-quarter sales were down 11.6 percent.

Honda Motor Co Ltd and Hyundai Motor Co bucked the trend. Honda’s U.S. sales rose 4.3 percent in March and 2 percent in the quarter, while Hyundai’s were up 1.7 percent and 2.1 percent, respectively.

Selling a Car on the Test Drive

Selling a car on the test drive is the perfect environment in which to present ...

AutoGyro is the worldwide leader in gyroplane production with over 2,500 aircraft in our fleet. ...

Guide on how to sell a car

Selling your car is one of the most fulfilling things you can accomplish in life. ...

Laws on Selling Cars Without a Title

If you are in possession of a car without a valid title, you will need ...

How to sell a mortgaged car to the bank in Dubai

Who wouldn’t want to buy a better and newer car than the one who currently ...

How to Sell a Car Under Finance?

When you are looking to sell a used car, it can be a really complex ...