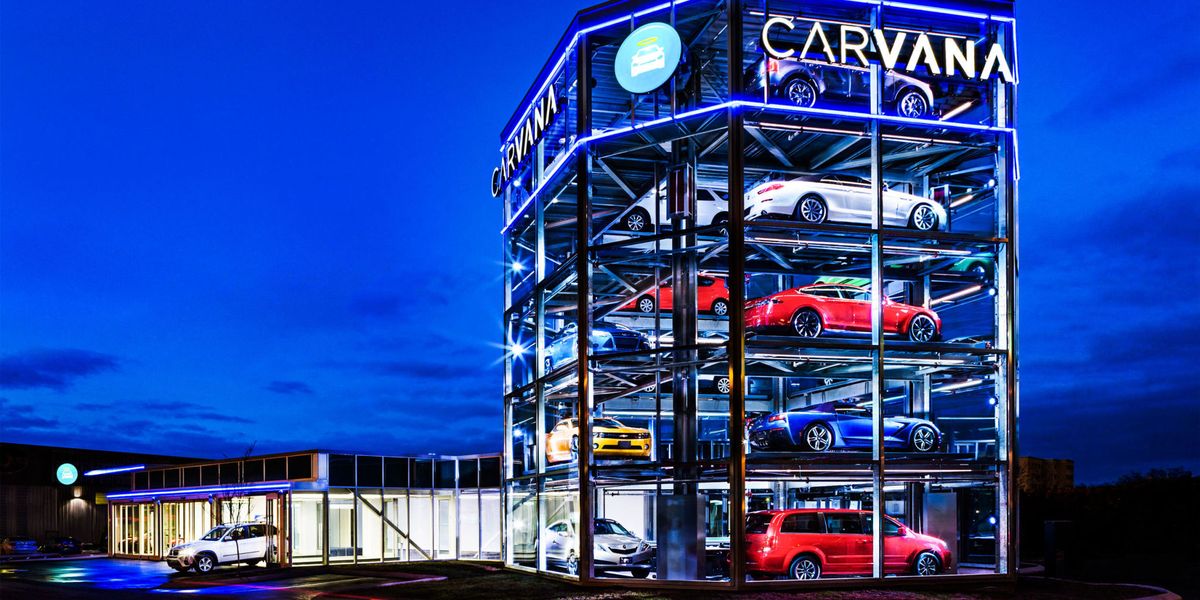 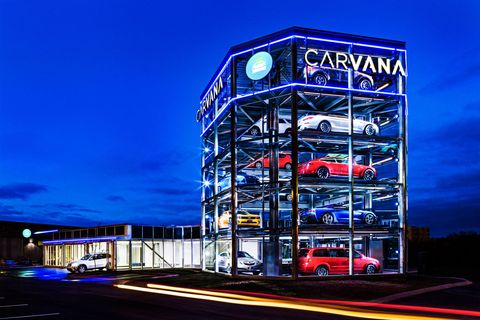 Take Carvana’s trade-in value and you could pick up your replacement ride at the Nashville vending machine.

Selling a car is not fun. I’ve done it a few times, and it always brings out the freaks and charlatans.

When the time came to unload my BMW E36 M3, I first tried eBay, which didn’t work because eBay never works unless your reserve—the minimum selling price you’d accept—is in the neighborhood of $3.41. Then I put it on Craigslist, which occasioned emails from the type of people who write “prolly” instead of “probably.” Craigslist also acquainted me with a new type of huckster, the consignment dealer. One guy kept calling with an offer I could refuse—he’d sell my car on his used-car lot if I paid him $1,500 up front. So … I pay you to give you a car to sell? Where do I sign up?

I eventually agreed to sell the BMW to a doctor who lived an hour away. Nobody else in his household had a driver’s license, so I had to drive the car to him, then have him drive me home. Neither of us robbed or murdered the other, but hitching a ride through rural Massachusetts in a stranger’s minivan while clutching an envelope containing $14,000 in cash was kind of unnerving. There has to be a better way to do this.

Now, there might be. New companies are trying to streamline the selling process, culling it of subterfuge and peril. They’ll send you an offer, and if you accept, the company will either pick up the car from your driveway or have you drop it at a physical location. You might not get as much as you would from a private buyer, but you won’t have to deal with the weasels who come knocking the moment your Craigslist ad goes live.

To see how these operations work, I put my personal 2010 Lincoln MKT EcoBoost up for bid with four of these new types of buyers: Roadster, Carvana, Vroom, and CarMax. 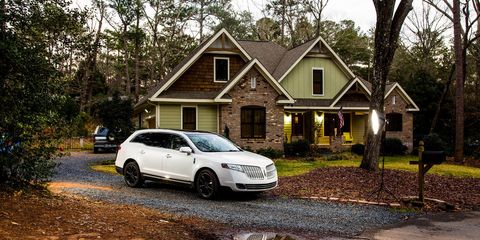 I wasn’t going to actually sell my Lincoln. As I was cleaning it, I kept noticing features (heated and cooled rear seats! Autonomous parking!) that reminded me that it’s a fantastic ride for the price. And right now, I have no car payments, which is something I’d like to keep going for a while.

But I wanted to find out if these new services improved a flawed system. So: Who wants to pay top dollar for my Lincoln?

Take Carvana’s trade-in value, and you can pick up your replacement ride at the Nashville vending machine.

CarMax requires you to bring your car to one of its 150-plus physical locations (in 37 states at press time), where a technician inspects your vehicle in person and takes a test drive. If your car sounds like a drum solo at idle or smells like André the Giant’s singlet, inspectors adjust their bid accordingly.

The whole process takes about 40 minutes, during which time I sit in a cubicle and chat with the personable sales rep overseeing the evaluation. He explains that after they assess the car’s condition, they’ll run a search to see what MKTs like mine are selling for at dealer auctions, and, I’m sure, check what retailers are getting for the same year and model. While waiting, I peruse the inventory at that particular CarMax lot and wonder how mad my wife will be if I return with a purple Dodge Charger R/T.

Unlike CarMax, Roadster actually puts your car up for auction, soliciting offers from dealers and wholesalers. You can start the process on a computer, but the easiest way is to have Roadster text you a link to a page to which you upload photos of your car from your phone—front, rear, profiles, some interior shots. Easy. I guess I didn’t need to spend two hours cleaning the car and vacuuming the Goldfish crumbs out from under the third row.

The bid process takes a couple of days and is currently available only in California, although the plan is to expand nationwide soon. In my case, the Lincoln generated five bids from interested MKT flippers. Roadster tells me that the bids might have been dragged down a bit by Californian dealer suspicion over a North Carolina car. An East Coast title implies that your vehicle has been exposed to exotic regional hazards such as rain.

Vroom’s app feels like it’s based on someone’s hard-won used-car-buying experience. It asks if you’ve ever replaced your tires, and how long ago that was—a great question, since the MKT’s new 20-inch Pirellis cost me more than $800. Like Roadster, you upload photos from your phone. Also like Roadster, the Vroom questionnaire asks if there are any scrapes or dents, so I dutifully photograph the small paint chips on the top of the rear bumper.

I’m done in five minutes and the offer comes three minutes later. It’s less than CarMax’s bid, but Vroom’s policy is to beat any CarMax offer. When a Vroom sales rep calls to follow up, he says he’ll beat CarMax by $100. So basically, Vroom uses CarMax’s legwork to try to snipe the deal. But is $100 enough of an incentive to forgo the instant gratification of walking away from CarMax with money in my hand? I doubt it.

Carvana not only came up with the highest number, it also had the easiest process. Plugging my information into the website’s “Cardian Angel” tool takes five minutes and doesn’t even require photos. I affirm that I think my car’s condition is “pretty great,” but rather than take my word for it, Carvana relies on the VIN number and “sophisticated algorithms that are proprietary to Carvana and pull myriads of data and verified information from resources like wholesale and retail value databases.” Translation: a background check and market research.

You get your quote instantly, and you can use that number as either a trade-in value to buy another car from Carvana or as a cash offer for instant liquidation. Right now, Carvana deals in 13 regions, primarily in the South, but if you live elsewhere in the country, it will figure out a way to pick up your car. Easiest process, highest bid: I wasn’t planning to sell, but I’m tempted to take them up on it.

We Put Seven Services to the Test – Feature – Car and Driver

Selling a car or truck is a question of time versus money: Do you go ...

Selling a classic car in the USA? It would be a foolish mistake to only ...

How to Sell Your Car Online or Locally

Often, when trading in a used car to a dealer for newer one, the car ...

Get the CARFAX History-Based Value to find out what your car is really worth.Step 1Step ...